This summer is a very exciting time for Sierra Nevada Ballet.  After more than a year of presenting virtual performances, SNB will once again take to the live stage in Reno, Carson City and Lake Tahoe and bring some top star dancers to Nevada to perform for our community.

SNB will present the beloved famous classic story ballet, Giselle, at Rancho San Rafael as part of Artown Festival on July 17 at 7:30 PM; at the Brewery Arts Center outdoor stage on July 23 at 7:30 PM and at the Trepp Amphitheater at Sand Harbor on July 26 at 7:30 PM as part of the Lake Tahoe Shakespeare Festival.

South Korean ballerina Da Young Jung will dance the title role opposite Venezuelan born Alejandro Gonzalez in this ballet about a peasant girl who falls in love with a Duke and dies of a broken heart.

Da Young Jung trained at Moscow’s Bolshoi Ballet Academy, graduated with honors with a Specialist degree in Ballet Pedagogy, and was a semifinalist in the Serge Lifar International Ballet Competition held in Donetsk, Ukraine in 2006. She joined Oklahoma City Ballet in 2012, was promoted to Soloist in 2014 and to Principal in 2017. She has performed leading roles in many well-known ballet classics such as Swan Lake, Giselle, Sleeping Beauty, Cinderella, Firebird and the Nutcracker and in ballets by well-known choreographers such as George Balanchine, Twyla Tharp, Robert Joffrey, Jiri Kylian and Robert Mills.  As an accomplished ballerina, Da Young’s Swan Lake performances were reviewed as “tremendously controlled, perfectly on balance — with her usual gorgeous extensions and arabesques.” and in Nutcracker, Da Young was reviewed as captivating the audience “with her brilliant dancing and acting.” (Kathleen Redwine, For the Oklahoman)

Da Young was recommended to me by Robert Mills and auditioned via video. She claims that Giselle is one of her favorite ballets: “I first performed the role of Giselle with Oklahoma City Ballet a few years ago and am so looking forward to revisiting the role.” She said: “I have heard amazing things about Sierra Nevada Ballet, and I am so excited to get the opportunity to dance with them.”

This will be Alejandro Gonzales’s second summer with Sierra Nevada Ballet. He first appeared with SNB in 2019 dancing one of the leading roles in SNB’s 12th Night-A Ballet Noir. He became an immediate crowd favorite as his magnificent jumps seemed to defy gravity and made our audiences gasp with enthusiasm.

POINTE Magazine recently featured Gonzales as an up and coming new ballet star. He performed his first leading role for Oklahoma City Ballet, and the magazine reviewed him as having the “physicality and characterization one would expect from a seasoned (lead) dancer.”

Gonzales was born in Venezuela and trained at the Gustavo Franklin School Academy before continuing to train with the Houston Ballet. While with the Houston Company, he performed in a number of works by well-known choreographers such as John Neumeier, Ben Stevenson and Stanton Welch.

Gonzales was invited to join the Oklahoma City Ballet Studio Company in 2017, was raised to  First Company Apprentice in 2018, promoted to Corps de Ballet in 2019 and to Soloist in 2020.  During the last two seasons, he has performed in Robert Mills’ Swan Lake and The Nutcracker, August Bournonville’s La Sylphide and has danced featured roles in ballets by choreographers such as Jiří Kylián, Helen Pickett, Septime Webre, and Cayetano Soto.

I very much enjoy working with Alejandro. He is not only exciting on a technical level, but he is also an excellent actor and completely immerses himself in his roles.  At 22 years old, he shows an amazing artistry and I felt very motivated to give him the opportunity to dance the lead male role in SNB’s Giselle. Gonzales is very enthusiastic at the prospect: “ I am so looking forward to working with SNB again. I can’t wait to come to Nevada!”

Jung and Gonzales will head a cast of 30 professional dancers including Ananda Bena-Weber as Myrtha (Queen of the Wilis), Domingo Rubio as Hilarion (suitor to Giselle) , Alexander Biber as the Prince of Courland and Mary Bennett as Berthe (Giselle’s mother). Do not miss this exceptional cast when SNB returns to the live stage in one of the most beloved of all classical ballets- Giselle.

For ticket information visit www.sierranevadaballet.org or call SNB at 775-360-8663. 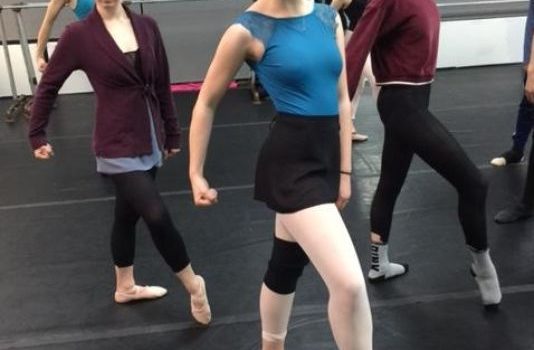 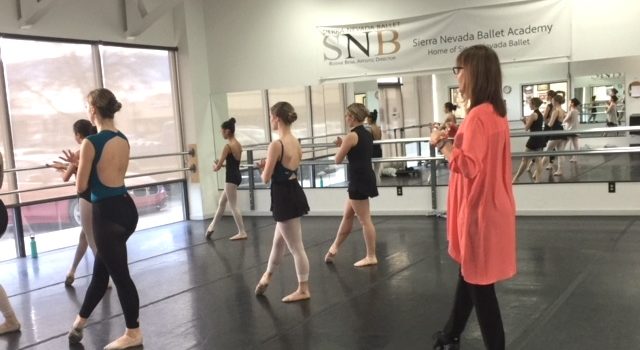 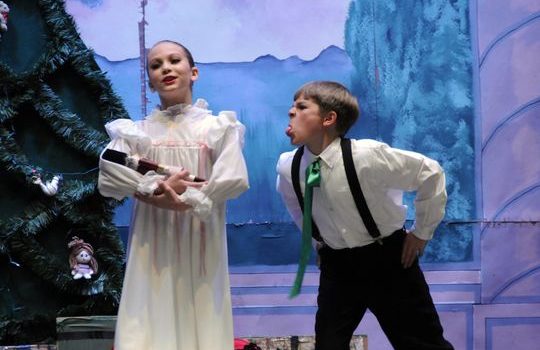